The annual Holy Child Awards Dinner serves to recognize individuals handing on the spirit of Cornelia Connelly and living the Holy Child tradition of services to "meet the wants of the age." Proceeds from the event benefit the Society’s educational, social justice, and spiritual and healing ministries.

For the safety and health of our guests as well as the public, the Society of the Holy Child Jesus decided to cancel the 2020 Holy Child Awards Dinner due to the spread and risks of the COVID-19 coronavirus. Your understanding, generosity, and kind words regarding this decision have been greatly appreciated.

Thank you to the many friends, alumnae/i, family members, and guests who generously supported the Twelfth Annual Holy Child Awards Dinner and, in your own special way, honored Nonie and Mairead and their transformative work.

During this time, we ask you to join the Holy Child Sisters in praying for the individuals affected by COVID-19 and those working to care for them. Let us also pray that the virus will soon be contained and a cure is found.

Nonie has lived a life full of action as a mother, teacher, and volunteer, often in leadership roles. For more than two decades, she was a religion teacher and service coordinator at Oak Knoll School of the Holy Child. She has spearheaded many initiatives, including as the chair of the first Society of the Holy Child Jesus (SHCJ) Mission Effectiveness Committee (MEC) at Oak Knoll School and the MEC Visiting Committees at other Holy Child Schools.

In 2016, Nonie became a Holy Child Associate. In retirement, she remains an active volunteer, as a teacher at the Cornelia Connelly Center for Education in New York City and as an Extraordinary Minister of Holy Communion at Our Lady of Sorrows Parish in South Orange.

Nonie is a graduate of Chestnut Hill College and holds a master’s degree in Scriptural Studies from the School of Theology at Seton Hall University. She and her husband, Francis, have four daughters, all graduates of Oak Knoll School of the Holy Child, and seven beautiful grandchildren.

In the Spirit of the Holy Child, Mairead, a 2008 graduate of School of the Holy Child in Rye, NY, has spent most of her professional life in pursuit of social justice and equity for underrepresented communities. After earning a Bachelor of Arts degree from Boston College, she joined the Jesuit Volunteer Corps (JVC). Her work with the JVC took her to New Orleans, where she was a client advocate for the Orleans Public Defenders and saw firsthand the inequities visited upon the poor, including in the criminal justice system.

In 2016, Mairead graduated from Fordham Law School, where she was a Stein Scholar and received both the Archibald R. Murray Public Service Award and Student Leadership Award.

Upon graduation, she clerked for the Honorable J. Michael Ryan in the District of Columbia Superior Court before becoming a family defense attorney at Brooklyn Defender Services. In that role, Mairead defended and advocated for mostly poor women of color who were in danger of having their children taken from them. Since December 2019, she has provided legal advice to the New York City Mayor and policymakers as Associate Counsel in the Office of Counsel to the Mayor.

Mairead is grateful to the Sisters for teaching her to care for all communities and instilling in her a deep sense of social justice. She credits School of the Holy Child for helping her become the woman she is today and feels blessed for the friends she made there.

Do you know an individual in the New York, Pennsylvania, or California areas that meets the criteria for the Faith in Action Award or Holy Child Spirit Award?

The Awards Dinner annually recognizes individuals who carry the Holy Child spirit and service to meet the wants of the age. To read more about past honorees, click HERE. 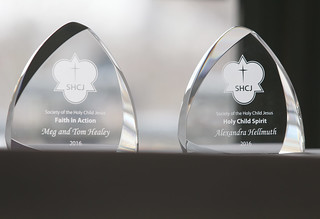 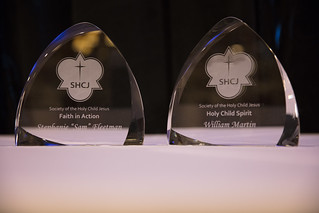 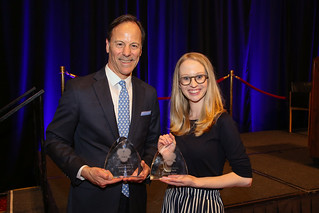 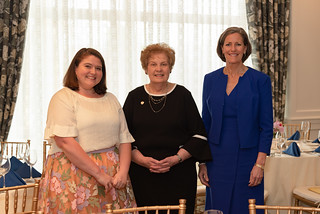