Sr. Helen Ebede is from Agulu in Anambra State, Nigeria. She was admitted into the Candidacy programme of the Society of the Holy Child Jesus in 2001. She professed her first Vows in July 2004 and her perpetual Vows in August 2009. In August 2017 she was appointed a member of the 2017 – 2020 African Province Leadership Team (PLT) of the Society of the Holy Child Jesus, the role she effectively combined with her lecturing job at Federal College of Education (Technical), Umunze, Anambra State, Nigeria. She was the Head of Department of Physics in the College when she was appointed the Province Leader of the African Province for 2020 – 2023 tenure of office.

Helen has PhD in Physics and Industrial Physics. She is specialized in Electronics.

Sr. Gifty Atampoka Abane is from Bolgatanga, the Upper East Region, Ghana. Gifty joined the Society in 2002 and had her first vows in 2005. Her first community was Wallembelle from 2005 – 2009, and Takoradi from 2009 – 2011. She professed her final vows in 2010 and in 2011 she was missioned to the New Street Community in Washington DC while ministering in Washington School for Girls for two years. From 2013 to 2016, Gifty was studying in Rosemont College for her Bachelor’s degree Biology and continue to Villanova University for her Master’s degree in Biology in the USA. Gifty returned home in 2018 and had been teaching at Holy Child Senior Secondary, Cape Coast, Ghana until her appointment as a member of the African leadership team (2020 – 2023).

Sr. Margaret Eno Akpan professed her first vows in 1988, and perpetual vows in 1993. She worked in St. Ann secondary school, Otukpo in Benue State  as the principal from 1999 to 2005. She was the founding principal of Dr. William Girls’ Academy, Okpo, Kogi State in Idah diocese from 2009 to 2017. She lives in formation house (novitiate) as assistanc novices director in Jos, Plateau State. Now appointed as a member of African Province Leadership Team, (2020-2023).

Sr. Justina Chikezie graduated from University of Nigeria Nsukka, prior to her entry into the Society of the Holy Child Jesus. She entered the Society in 1993 and was professed in 1996. Her first mission was to the Republic of Chad, in Central Africa where she found herself working at the women centre which she was a founding member to, as a novice in 1995.

She left Chad for Loyola Jesuit College, Abuja in 1999 where she taught French language, served as the head of the department of French language, House Mistress, class teacher and the school catechist for six years. She made her final profession in the Society in 2002 in Jos. The end of this ministry saw Tina at the University of Bristol in England where she graduated with Masters in Education Management and Policy Studies.

Tina was then missioned to represent the African Province in an Inter-provincial community in Mayfield, England where she was involved in pastoral ministry at St. Leonard’s-Mayfield school, Mayfield, England for five years. Within this period, Tina also worked with Catholic Agency for Overseas Development in an international programme CAFOD collaborates with the European Province of the Society, involving young people.

In 2012, Tina was missioned back to the African Province to work as a Vice Principal in Loyola Jesuit College, Abuja where she works till date. In 2017, she was appointed as a member of the African Province Leadership Team, which ended on the 14th of August, 2020. Prior to the end of her first tenure, in April 2020, she was re-appointed as a member of the Province Leadership team and she started her second term of office on the 15th of August, 2020.

Tina is happy to be a Holy Child Sister.

I am a Sister of the Society of the Holy Child Jesus. I entered into the Society soon after completion from Holy Child College, Takoradi, Ghana in 1986. I was trained as a teacher.  Precisely, on the 13th of November, 1989 I professed my first profession of vows with four other companions.

I have served in the vineyard of the Lord mostly as a teacher at different levels in the education sector for nearly 34 years; from pre-school through primary, secondary and now tertiary. Currently I am a senior tutor of Holy Child College of Education, Takoradi.

Within the Province, I have served in the capacity as a Community Leader, Vocation Coordinator for Ghana and Temporary Professed Coordinator, also for Ghana.

On 15th August 2020, I assumed the office as a member of the Leadership Team of the African Province of the Society of the Holy Child Jesus. It is an honour to be elected and appointed to serve my Sisters.

Sr. Ebele Onochie joined the Society as a Candidate in October, 1998, after obtaining her Doctor of Philosophy (Ph.D.) degree in Soil Microbiology from the University of Ibadan, Nigeria. She made her First Profession of Vows in September, 2001 at the peak of the religious unrest in Jos, Nigeria. Her first mission was to teach Biology and Integrated Science at the Loyola Jesuit College (LJC), Abuja; then to Holy Child (now Senior High) School in Cape Coast, Ghana. Her Perpetual Profession of Vows was in September, 2006, after which she was missioned back to LJC as the Vice Principal Academics in 2008 where she was until she was appointed the African Province Secretary in 2015. She has served as a Community Leader in two communities and she lives in Keffi Street, Ikoyi, Lagos.

Ebele believes that the essence of love is sacrifice and that truth wears a crown of thorns, yet it must be embraced always. 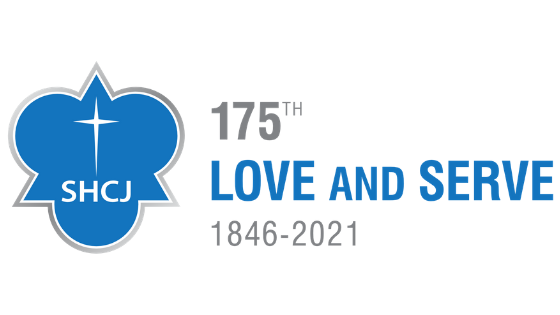